With all these projects I’ve accomplished over the past year, I figure I need to start a new one over the summer so I’m not bored, or embellish the ones I’ve already finished. Fouric’s project, spinal terror, is great but I’m waiting for him to get out of college classes so that we can work on the project more consistently. Starting a new project is pretty much out of the question because I am working this summer to save for college, so spending a lot of money on a new project isn’t very reasonable. I came to the conclusion that I should improve on some of my finished projects! I’m going to start with ArkenPi, since my  binary watch is pretty fresh in my head. I need a break from that one.

ArkenPi worked great for a while but failed pretty fast.

All that to say, I am redoing the case and keyboard for ArkenPi!

I went and had ahead and stole the PCB from the keyboard I already had. I designed some new plastic caps, a frame, and a case for the keyboard, and I’m having Gector 3D print them for me. 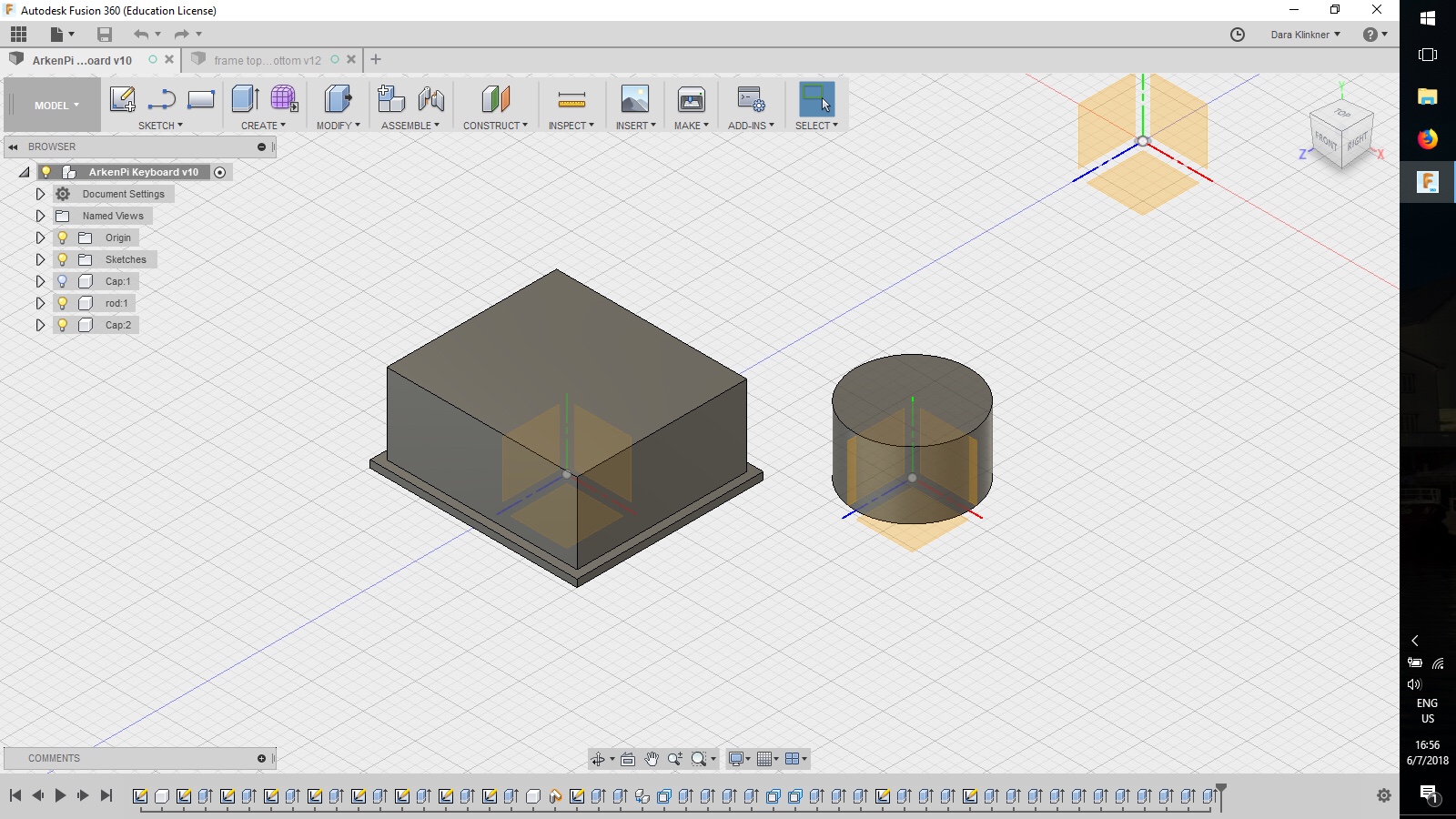 It’s a work in progress and takes a lot of time, but it’s a ton of fun. I’m learning a lot of about fusion 360, and I get to use my new caliper tool! Check him out:

But! As it turns out, any Raspberry Pi OS (Jessie and higher) use the touchscreen driver libinput , whereas the PiTFT only communicates with the old touchscreen driver, evdev . All I had to do was open /usr/share/X11/xorg.conf.d/40-libinput.conf and change the line with Driver "libinput" to Driver "evdev" for the touchscreen section.

Then I ran  sudo apt-get install xserver-xorg-input-evdev Rebooted the Pi, and the touchscreen axes were working! Woohoo! There’s one of the big problems fixed. :)